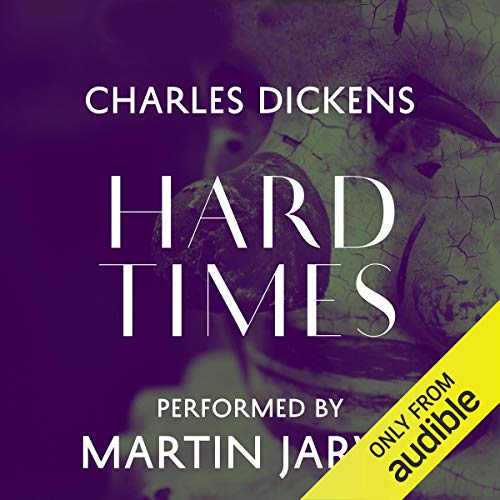 Despite the title, Dickens's portrayal of early industrial society is less relentlessly grim than that in novels by contemporaries such as Elizabeth Gaskell or Charles Kingsley.

Hard Times weaves the tale of Thomas Gradgrind, a hard-headed politician who raises his children Louisa and Tom without love and to have no empathy, their lives completely devoid of beauty, culture, or imagination. Only after a series of crises does their father realise that the manner in which he raised his children has ruined their lives.

Other characters include Sissy, the circus girl with love to spare who is deserted and adopted into the Gradgrind family, as well as the honest mill worker Stephen Blackpool and the bombastic mill owner Josiah Bounderby.

The story is a vehement condemnation of industrialisation and its dehumanising effects on its workers and communities in mid-19th-century England. George Orwell praised Dickens and the novel for its 'generous anger.'

Concentrated and compressed in its narrative form, Hard Times is at once a fable, an audiobook of ideas, and a social story that seeks to engage directly and analytically with political issues.

It may be one of Dickens's shortest works but it is also one of his triumphs.

One of eight children, Dickens came from a very poor family, with his father eventually being sent to debtor's prison. At the age of 12, Dickens was forced to start work in a blacking factory in order to help clear the family debt. His troublesome childhood likely contributed to some of the novel's ideas and lent him a sympathetic voice for the poor.

Due to his vivid depictions of the poverty-stricken, 'Dickensian' has ingrained itself in the English language, becoming the choice word to describe an unacceptable level of poverty.

Martin Jarvis is one of Britain's most admired actors. His audiobook output is legendary. He is described in Vanity Fair as 'the Olivier of audiobooks' and 'genius of the Spoken Word' in the LA Times. Award-winning recordings range from titles by Charles Dickens, P.G. Wodehouse, and Michael Frayn to thrillers by Jeffrey Archer, Wilbur Smith, Ian Fleming, and Dick Francis.

Martin Jarvis has starred in many acclaimed West End and National Theatre productions and received the Theatre World Award as Jeeves on Broadway. Numerous UK television appearances encompass Law & Order, Doctor Who, Endeavour, Inspector Morse, and The Forsyte Saga. In America: Murder She Wrote, Numb3rs, Cosmos and Walker, Texas Ranger. Films include Titanic, The Girl with the Dragon Tattoo, and Wreck-It Ralph. Videogames: 'Alfred' in Batman, 'Finn McMissile' in Cars.

Martin is invested by HM the Queen as Officer of Order of the British Empire (OBE).