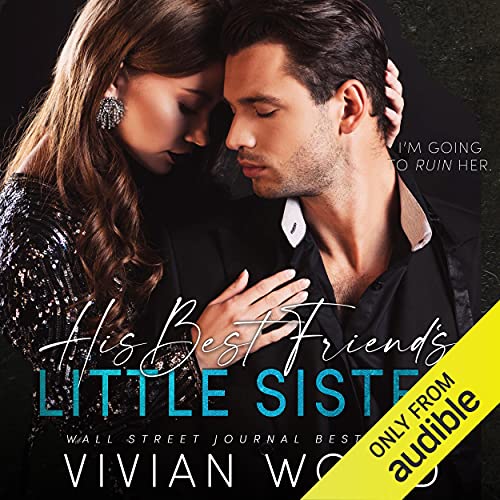 His best friend's little sister is about to get something...BIG.

Henry Wyatt is big all over, ripped as sin, and fresh out of the Navy SEALs. When he decides to go to his best friend's cabin for some downtime, the last thing he expects is to run into her, naked and tempting him in ways he never could have imagined.

Ellie's his best friend's little sister, and he's never seen her like that. Little Ellie is all grown up, with a body that begs to be touched.

There's no way Henry should be looking at her like that or thinking about how her body would sway just so if he turned her over and took her from behind. She's almost ten years younger than him, and besides that, she's Elijah's little sister.

She's off limits. Period. Until Ellie reveals that she's never been with a man before, and suddenly all Henry can think about is being her first. Hell, he'd be the last man she was ever with, too.... But Ellie has her own set of reasons why that could never happen.

When Henry sets his mind to something, though, there's no stopping him...and little Ellie doesn't stand a chance.