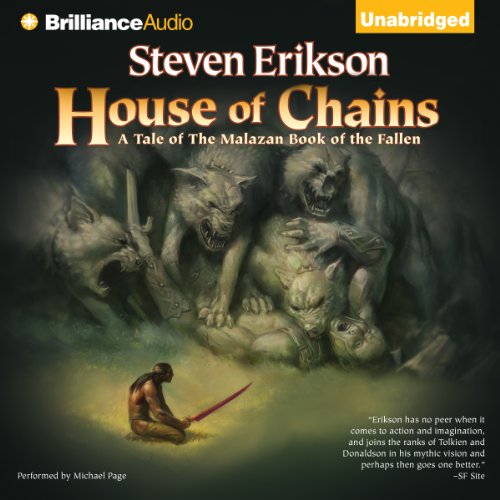 In Northern Genabackis, a raiding party of savage tribal warriors descends from the mountains into the southern flatlands. Their intention is to wreak havoc amongst the despised lowlanders, but for the one named Karsa Orlong, it marks the beginning of what will prove to be an extraordinary destiny.

Some years later, it is the aftermath of the Chain of Dogs. Tavore, the Adjunct to the Empress, has arrived in the last remaining Malazan stronghold of Seven Cities. New to command, she must hone 12,000 soldiers, mostly raw recruits but for a handful of veterans of Coltaine's legendary march, into a force capable of challenging the massed hordes of Sha'ik's Whirlwind, who lie in wait in the heart of the Holy Desert.

But waiting is never easy. The seer's warlords are locked into a power struggle that threatens the very soul of the rebellion, while Sha'ik herself suffers, haunted by the knowledge of her nemesis: her own sister, Tavore.

And so begins this awesome chapter in Steven Erikson's acclaimed Malazan Book of the Fallen.

"This masterwork of imagination may be the high watermark of epic fantasy. This marathon of ambition has a depth and breadth and sense of vast reaches of inimical time unlike anything else available today. The Black Company, Zelazny's Amber, Vance's Dying Earth, and other mighty drumbeats are but foreshadowings of this dark dragon's hoard." (Glen Cook)