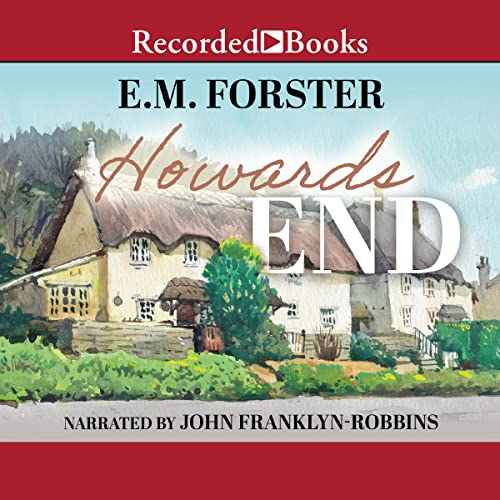 E.M. Forster's Howards End is a vivid portrait of London's golden age, before World War I forever changed its values and culture. Forster brings the great city's upper classes to life, detailing their grandiose spending habits, popular fads, Monet and Debussy, the rise of feminism, and the beginnings of urbanization. More than a mere idealization of pre-war London, Howards End provides insightful commentary on the rapid societal changes that occurred at the onset of the 20th century. Masterfully blending the stories of three vastly different groups of people - the independently wealthy, educated Schlegels; the nouveau riche Wilcoxes; and the ambitious but struggling Leonard Bast - Forster weaves a wonderfully rich, unforgettably poignant novel.

This novel is a period piece which encompasses many characters, social classes, accents and speech patterns. Because it's a social commentary on English life before and after World War I, it's rich in challenges for the narrator. John Franklyn-Robbins does a wonderful portrayal of a very descriptive text which could easily become quite tedious for the reader. Because it's written by a major author and the movie version has resurrected interest in the novel, this is a worthy selection.