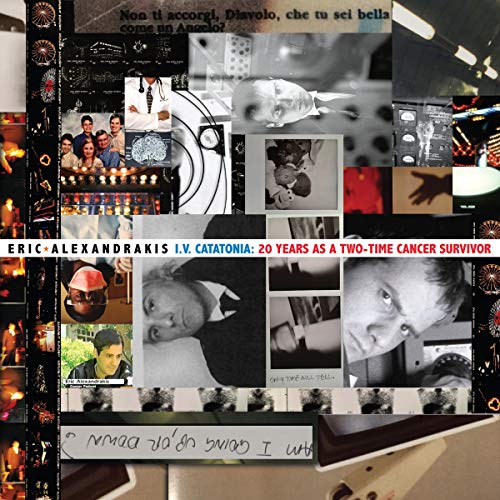 Just after having produced the first digitally watermarked CD as a graduate student at the prestigious University of Miami School of Music in his early 20s, artist/producer Eric Alexandrakis noticed a lump on the left side of his chest. With no insurance, no ability to work steadily due to the burden of chemotherapy treatments, and no guarantee of survival...attempting to turn his creative dreams into reality seemed like a hopeless impossibility. What followed was a story of determination, inspiration, and creative innovation.

With a somewhat twisted sense of humor, the ability to laugh at himself, and two hours of music recorded on a borrowed four-track cassette recorder during his battle with cancer, Eric walks you through his difficult time with laughter, sadness, heartbreak, and inspiration. His experience empowered him to push beyond creative boundaries, leading to his discovery by Duran Duran's John Taylor, collaborating with an assortment of high profile artists and projects including Dolores O'Riordan, John Malkovich, Kate Spade, etc., and ultimately earning a Grammy® nomination in 2020 with this release.