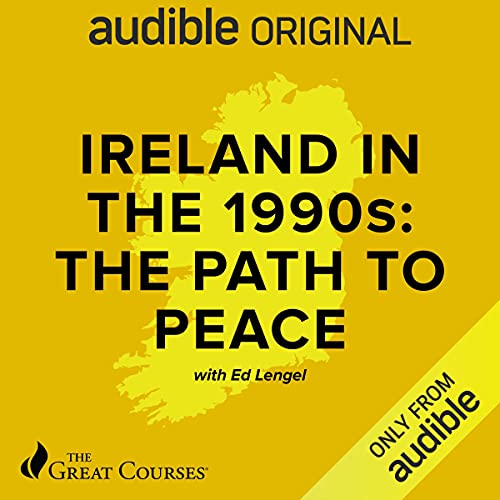 The period between Bloody Sunday in 1972 and Good Friday in 1998 was one of the most troubled, turbulent, and triumphant periods for the Irish. The island went from financial depression to quietly becoming an economic powerhouse, while at the same time, bridging the violent divide between past and present, Catholic and Protestant, Unionist and Republicans, North and South.

Join famed historian and master storyteller Edward Lengel to trace the roots and evolution of the Irish Troubles. Dipping into the start of the unrest in the early 20th century, Professor Lengel spends 10 eye-opening lectures focusing primarily on the pivotal decade of the 1990s, highlighting important insurrections, brutal battles, and acts of terror.

Through this illuminating journey, you’ll come to better understand the goals behind the disruptive and violent actions of the Irish Republican Army (IRA) and its various forms, as well as the role of Sinn Féin, the Social Democratic and Labor Party (SDLP), and the Royal Ulster Constabulary (RUC). You’ll also meet key players in history, such as Ian Paisley, Gerry Adams, Martin McGuinness, Mary Robinson, John Hume, and Bertie Ahern, in order to see how it took efforts from around the world to establish peace in a troubled land.