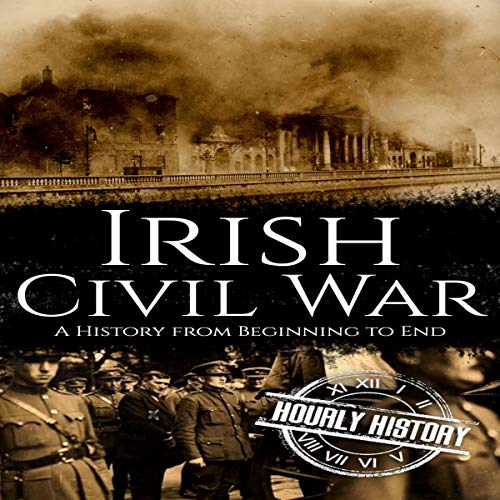 Discover the remarkable history of the Irish Civil War....

The Irish War of Independence, which ended in July 1921, led directly to the agreement of the Anglo-Irish Treaty, an agreement that provided Ireland with a measure of independence. The Irish Free State was created, and Ireland was granted a level of autonomy it had not enjoyed for more than 100 years.

However, the treaty contained a clause that was to divide Ireland, literally and politically. The six counties in the north that formed Ulster were allowed to opt out and to remain a part of the United Kingdom. The island of Ireland became two separate countries for the first time - the Irish Free State in the South and West and Northern Ireland in the North. This division caused bitterness among many Irish people who had fought for independence. Some even viewed the signing of the treaty and the creation of a separate Northern Ireland as a betrayal of all they had fought for. Others accepted that the treaty was not perfect but saw the creation of the Free State as an important first step on the road to complete independence for Ireland.

In late June 1922, growing animosity between Pro- and Anti-Treaty factions erupted into armed conflict in the center of Dublin. For the next 10 months, the Irish Free State was wracked by a bitter, bloody, and brutal civil war between those who sought to protect the new government and those who wished to destroy it. This is the story of the Irish Civil War, its origins, and its consequences.

Discover a plethora of topics such as

So if you want a concise and informative audiobook on the Irish Civil War, simply scroll up and click the "Buy Now" button for instant access!