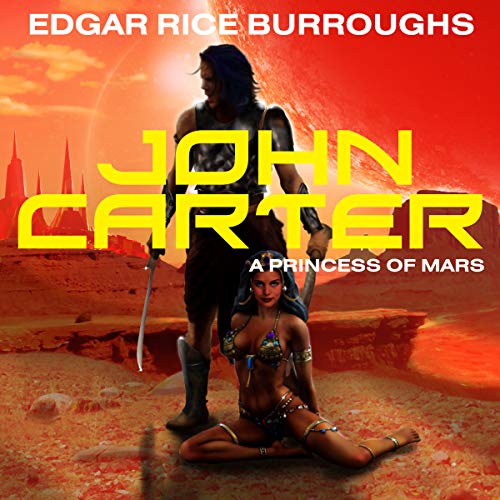 John Carter in 'A Princess of Mars'

Civil War veteran John Carter is transported to a dying planet, where he must elude capture by giant green barbarians to rescue a Martian princess from certain doom. In this landmark of science fiction, the myths and mystery of the red planet supply a vibrant backdrop for a swashbuckling epic.

Published in 1911, A Princess of Mars introduced a popular series of novels recounting John Carter's Martian exploits. Author Edgar Rice Burroughs, best known as the creator of Tarzan, employed a new style of writing that combined the genres of fantasy, adventure, and science fiction. His imaginative setting - an advanced but decaying civilization in which Olympian heroics play out against malevolent forces and ever-changing fortunes - endures as a timeless world, in which love, honor, and loyalty form the basis for fast-paced romantic adventures.