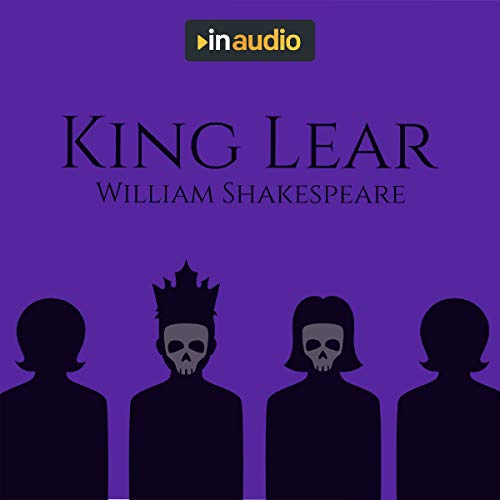 “When we are born, we cry that we are come to this great stage of fools.”

King Lear has lived a long and difficult life as a king and decides that he wants to retire of his duties. To absolve himself of power, Lear decides to split his kingdom among his three daughters based on their affections toward him. While two of his daughters flatter their father and declare their fealty and respect, his third daughter refuses to flatter his ego and declares that she only loves him because he is her father. This disrespect causes Lear to leave her nothing.

People in search of power can be duplicitous though, and as King Lear learns that the two flatterers were false in their declarations, his anger sparks a descent into madness that in turn sparks a chain of murders and betrayals that spread through many kingdoms and people rapidly.

King Lear, while written with beautiful poetry and language, is dark and brutal, with lessons of loyalty and the value of family bonds that still ring true centuries later.