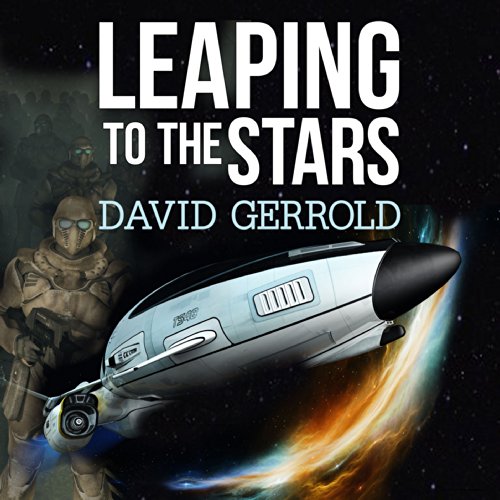 Leaping to the Stars

Having barely escaped death at the hands of ruthless corporations who have pursued him across the harsh lunar wasteland, teenager Charles Dingillian faces yet another fateful decision: No longer able to return to his home on Earth, Charles and his two brothers must choose a new planet to call home. But which one?

Charles has come into possession of a prototype HARLIE unit so revolutionary and state-of-the-art that corporations will stop at nothing - including murder - to control it. Earth is in a state of social and economic meltdown. The battle for domination between rival corporations has gone interplanetary. Charles and the HARLIE unit escape capture on Earth, but the hunt for them intensifies when they are discovered to be on the moon. The stakes have escalated to full-scale war. For Charles, everyone is his enemy. No one can be trusted. Charles has been at war before: Only that was a personal civil war waged between him and his parents. In an effort to end the strife once and for all 13-year-old Charles took the drastic step of "divorcing" his parents. When against all odds he succeeded, he won his freedom. He and his brothers are now free to do what they choose. To go where they want.

Freedom for Charles and his brothers means passage on a starship to a colony Outbeyond. There they will use HARLIE to help build a better world. But freedom also means exile. From his home. From his friends. From everything he has ever known. And even his chance for a new life on a remote planet is put in jeopardy when a critical malfunction with the HARLIE unit seemingly threatens the integrity of the voyage. However, a faction of passengers on board the Brightliner Cascade may pose an even greater risk. A risk not even an intelligence as powerful as a HARLIE unit can avert.