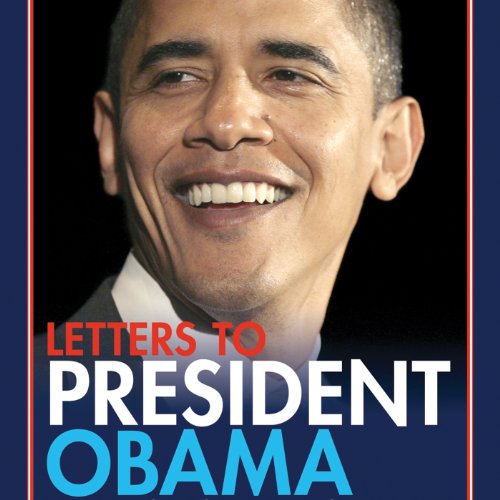 No one could have predicted even two years ago that an African American would take the oath of office as president of the United States in January of 2009. For many, the occasion marks the climax to the civil rights movement and the fulfillment of Martin Luther King, Jr.'s dream that Americans could be judged on the content of their character and not the color of their skin.

This collection, with about 400 letters from Americans of all walks of life, is being created to stand as a symbol of this exciting moment in history. Written by citizens themselves, it will put on display the range of emotions and aspirations Americans are willing to share with President Barack Obama.

Central to the book is the African American experience, but Americans of every race, color, gender, and age are represented. From children and seniors, from cities and farms, all have something to share with their country, themselves, and President Barack Obama.

The national figures of today have the grand stages of radio, television, and now the Internet. The population of the country still does sometimes resort to more humble means of communication, though: letters. There have been letters to the president since the inauguration of the first, George Washington. This tradition has never failed to be common for people wanting to reach out to their nation's Commander in Chief. Rarely has there been a such a thorough chance to hear the words of your fellow countrymen before the compilation of those found in Letters to President Obama. Narrator Fred Sanders brings a unique vitality to every penned work, from the common to the outstanding. Listen and celebrate the many pieces of individual history.