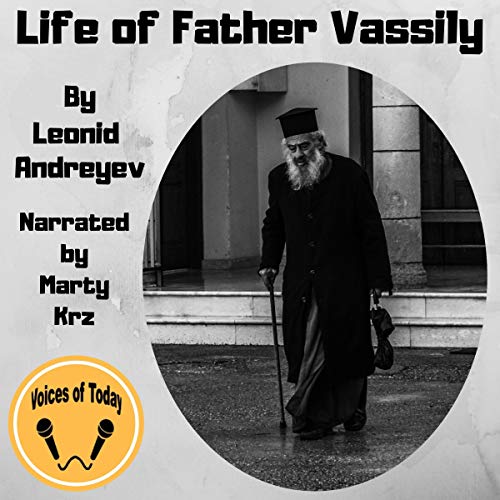 Leonid Andreyev was born in Orel, the capital of the Russian province of the same name, on August 21, 1871. He died on September 12, 1919, in Finland, an exile from his beloved chaos-ridden fatherland.

The main characters of Andreyev's stories are "people who stand apart", solitary, lonely characters, moving among their fellow men with a baneful cloud hanging over them. Andreyev's major themes inclue the solitude of the curse-stricken man teetering on the brink of ruin, the morbid acuteness of his perceptions, and the inevitable and endless striving with a remote and implacable deity.

These ideas are explored in detail in the sad tale of the hapless Father Vassily, a well-meaning but ineffectual man, whose best intentions are remoselessly crushed by fate.