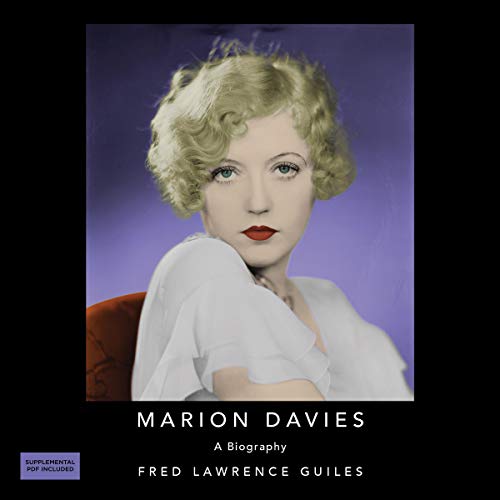 Marion Davies was, in so many ways, created by and for William Randolph Hearst - their symbiotic relationship spanned from 1915 when W. R. first ogled her chorus-girl charms until his death in 1951. But she was much more quickly superannuated, cinema-historically speaking, by the Orson Welles-Herman Mankiewicz dumb-blonde caricature in Citizen Kane, paradoxically the most important film in her life.

Fred Lawrence Guiles presents the life story of one of the most deft comedians in silent pictures - touching on Brooklyn, show biz, the engaging stammer, private-then-public Hearst inamorata, Hollywood, the Chaplin liaison, encounters with the famous, San Simeon, W. R.'s demise, the constant drinking (she hid her gin from Hearst in the water tank of the toilet), her quick marriage to Captain Horace Brown, and, finally, her death from cancer in 1961.

Please note: A supplemental PDF is included with this audiobook.