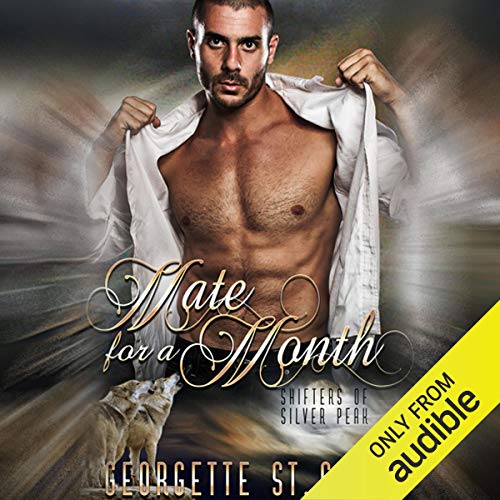 Mate for a Month

Silver Peak is no place for a civilized shifter.

One minute, city girl Eileen Pennyroyal is running in terror from a bear - so scared she even forgets that she can turn into a wolf. The next minute, she's being rescued by the handsomest, rudest shifter she's ever seen. Does Marcus even know how to speak, or does he just grunt when someone tries to make conversation? Eileen knows when she's not wanted, and she thinks she's never going to see him again - until the local Alpha tells her that Marcus needs a mate immediately. And it's her.

After surviving a hellish ordeal in his youth, Marcus avoids human contacts at all costs - until he sees Eileen. From the minute he lays eyes on her, she stirs feelings in him that he's never experienced before. That's why he's fighting his need for her with everything he's got - because his burning desire for the sweet, clumsy city shifter is threatening to unravel the final fraying threads of his sanity. Can a mating of convenience turn into something more? And can Eileen convince Marcus that he's worth saving, before dark forces from his past come back to claim him for good?