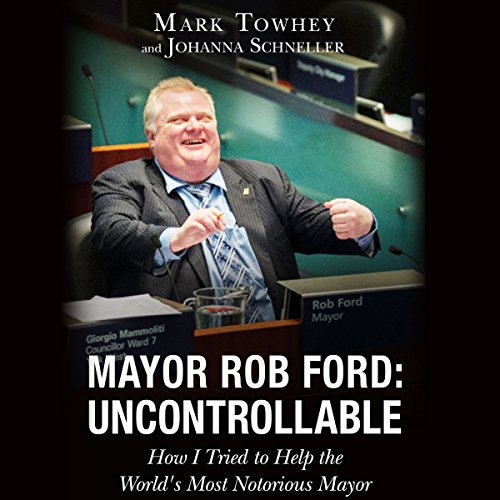 In February 2013, Toronto's former mayor, Rob Ford, was caught on video smoking crack cocaine. Weeks later, he was accused of groping a campaign rival; had to leave a gala for being too intoxicated; and was fired as the coach of a high school football team. The events were part of a stream of Rob Ford "mishaps", which include a DUI; accusations of domestic violence; a trial where the Toronto City Council stripped him of his powers; even accusations of murder. Through it all, Ford's former chief of staff, Mark Towhey, stood by his side.

Towhey was part of Ford's inner circle; he'd joined Ford's mayoral campaign in 2010 and quickly became one of his closest advisors. He responded to media questions regarding Ford's drug and alcohol additions, his anger management problems, and, of course, the video of Ford smoking crack. In May 2013, Mark Towhey had a confidential conversation with Ford. There has been much speculation about this conversation, but thus far the public knows only two words from that conversation: Towhey told Ford to "get help." They also know what happened next - Towhey was fired.

In Mayor Rob Ford: Uncontrollable, Towhey recounts the conversation and shares what Ford was like behind the scenes. This is a candid insider account of working with Ford, covering for him, respecting his strengths, and managing his weaknesses. It will release after Ford has dropped out of the mayoral election, as he battles health problems, and as the world waits to see what this larger-than-life personality does next.