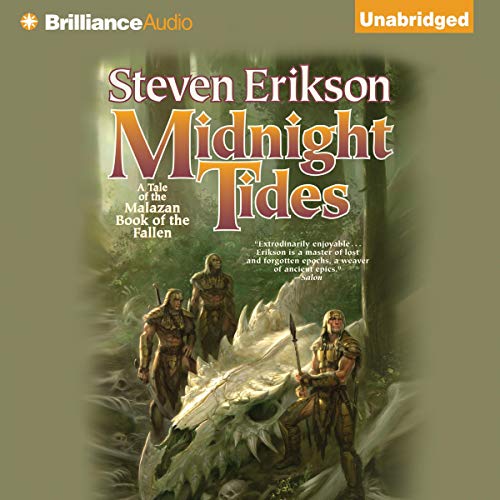 After decades of internecine warfare, the tribes of the Tiste Edur have at last united under the Warlock King of the Hiroth. There is peace - but it has been exacted at a terrible price: a pact made with a hidden power whose motives are at best suspect, at worst, deadly.

To the south, the expansionist kingdom of Lether, eager to fulfill its long-prophesized renaissance as an Empire reborn, has enslved all its less-civilized neighbors with rapacious hunger. All, that is, save one - the Tiste Edur. And it must be only a matter of time before they too fall - either beneath the suffocating weight of gold, or by slaughter at the edge of a sword. Or so destiny has decreed.

Yet as the two sides gather for a pivotal treaty neither truly wants, ancient forces are awakening. For the impending struggle between these two peoples is but a pale reflection of a far more profound, primal battle - a confrontation with the still-raw wound of an old betrayal and the craving for revenge at its seething heart.

"This novel and all others in the Malazan Book of the Fallen series follow my own pronunciations of 'Malazan' words and names. My thanks to Michael and Jane and everyone at Brilliance Audio." -Steven Erikson, Victoria, B.C. Canada, January, 2014