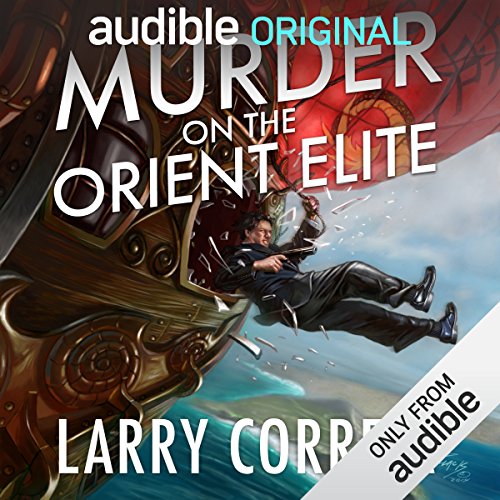 Murder on the Orient Elite

In this brand-new Grimnoir Chronicles story written exclusively for Audible, it's 1937 - four years after the Grimnoir Society defeated the magical alien force known as The Power. "Heavy" Jake Sullivan is summoned by his oddest ally, Dr. Wells, to stop the bombing of a new ultra-luxury airship. Amid the glitz, the gambling, and the high-society types, Sullivan races time to hunt for the saboteur. But surrounded by a blimp-full of Germans, Russians, Imperium Iron Guard, and other magical enemies - where can he even begin?

Murder on the Orient Elite is available free through 01/01/15.