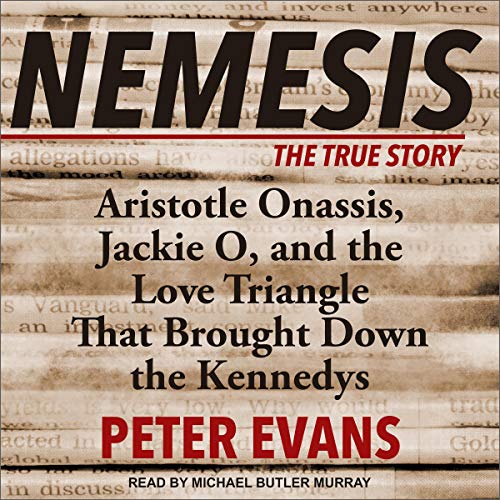 Peter Evans's biography of Aristotle Onassis, Ari, met with great acclaim when it was published in 1986. Not long after the book appeared, however, Onassis's daughter Christina and his longtime business partner Yannis Georgakis hinted to Evans that he had missed the "real story." "I must begin", Georgakis said, "with the premise that, for Onassis, Bobby Kennedy was unfinished business from way back . . . ."

His words launched Evans into the heart of a story that tightly bound Onassis not to Jackie's first husband, but to his ambitious younger brother Bobby. A bitter rivalry emerged between Bobby and Ari long before Onassis and Jackie had even met. Nemesis reveals the tangled thread of events that linked two of the world's most powerful men and uncovers the surprising role played by the woman they both loved.

Through extensive interviews with the closest friends, lovers, and relatives of Onassis and the Kennedys, longtime journalist Evans has uncovered the shocking culmination of the Kennedy-Onassis-Kennedy love triangle: Aristotle Onassis was at the heart of the plot to kill Bobby Kennedy. Meticulously tracing Onassis's connections in the world of terrorism, Nemesis presents compelling evidence that he financed the assassination - including a startling confession that has gone unreported for nearly three decades.