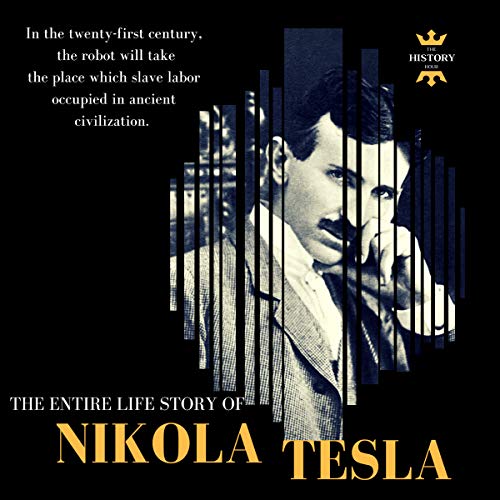 Nikola Tesla: The Extraordinary Life of a Modern Prometheus

Nikola Tesla pursued his ideas for wireless lighting and worldwide wireless electric power distribution in his high-voltage, high-frequency power experiments. Tesla explained the principles of the rotating magnetic field in an induction motor by demonstrating how to make a copper egg stand on end using a device he constructed known as the Egg of Columbus and introduced his new steam-powered oscillator AC generator.

Inside, you’ll hear about:

Based on Tesla's new ideas for electrical equipment, including a thermomagnetic motor idea, Alfred S. Brown and Charles F. Peck formed the Tesla Electric Company. Nikola Tesla developed an induction motor that ran on alternating current (AC), a power-system format that was rapidly expanding in Europe and the US because of its advantages in long-distance, high-voltage transmission.