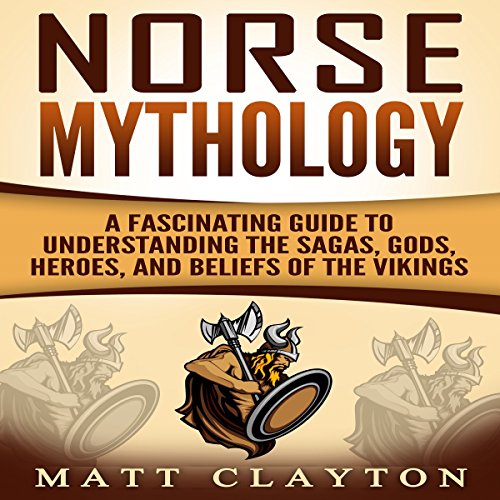 This audiobook is jam-packed with fascinating facts and stories. For instance, it covers all that you need to know about the nine realms as well as captivating tales of Odin, Thor, Loki, and Ragnarok. The Vikings of Norse poetry and saga were a fearless lot, and their tales were frequently tragic. Some, if not all, of the myths were based on real people and real events. These heroes accomplished many fantastic feats, some of them even documented by their enemies.

The Vikings were born out of an age of hardship. Tales of their earliest raids come to us from the 790s, during the early European Middle Ages. This was a period of dangerous iciness as the thousand-year climate cycle dipped to the coldest our world had experienced in 7,000 years. No doubt, the punishing cold for these people of Northern Europe helped to dispel any complacency they may have felt during the warmer, mid-Holocene epoch. Death was sitting on their doorstep, and the weak and timid would have died from the change in climate. Only the strong and cunning would survive.