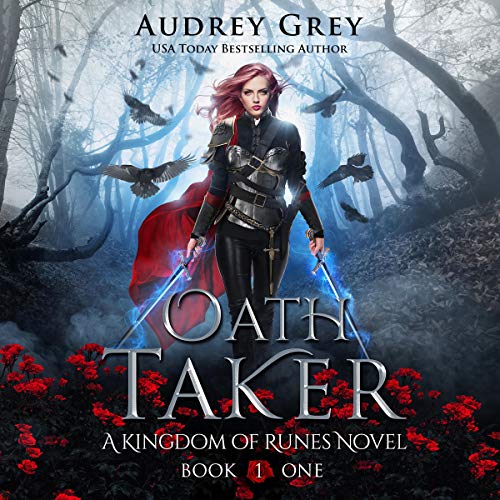 Perfect for fans of Sarah J. Maas and Holly Black, this first book in a dark and action-packed new series is impossible to put down!

After the Prince of Penryth saved her from captivity, 17-year-old Haven Ashwood spends her days protecting the kind prince and her nights secretly fighting the monsters outside the castle walls.

When one of those monsters kidnaps Prince Bell, Haven must ally with Archeron Halfbane and his band of immortals to rescue her friend.

Her quest takes her deep into the domain of a warped and vicious queen where the rules are simple: break her curse or die.

Lost in a land of twisted magic and fabled creatures, Haven finds herself unprepared, not just for the feelings she develops for Archeron, but for the warring powers raging inside her.

Her rare and forbidden type of magic may be their only hope...but mixing light and dark comes with a steep price.

Faced with impossible love, heartbreaking betrayals, and a queen intent on destroying the realm, only one thing remains certain.

Haven must shatter the curse or it will devour everything she loves.

"Readers will lose themselves in this darkly rich, enchanting world with devastating curses, cunning monsters, and a brave young heroine who will not bow to a vile queen." (Emily R. King, author of the Hundredth Queen series)

"A lyrical, sweeping fantasy that will take you on a beautiful adventure in a world where danger and romance lurk at every corner." (Olivia Wildenstein, USA Today best-selling author of A Pack of Blood and Lies)