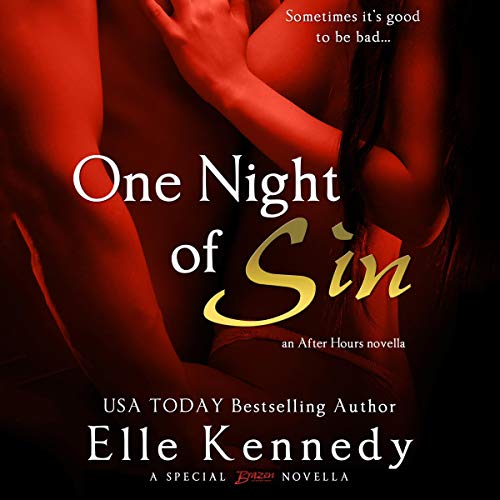 One Night of Sin

When it comes to sex, good girl Skyler Thompson always plays it safe, choosing stable and sedate over wild and thrilling. She doesn't do one-night-stands, but one look at sinfully sexy Gage Holt and she's willing to reconsider. He makes her want to be bad for once in her life, and she's prepared to take what she wants.

Danger follows former MMA fighter Gage Holt like a shadow. Despite his successes as part owner of Sin, an exclusive nightclub in Boston, Gage can't risk getting involved with a woman, especially one as sweet as Skyler. Still, he can't resist a taste - and it's so damn good he has to see her again.

As addicted as he is to her, Gage knows there's no future for him and Skyler - not with his past lurking in the dark corners of an MMA cage. But Skyler's tougher than she looks, and she's ready to fight for her man.