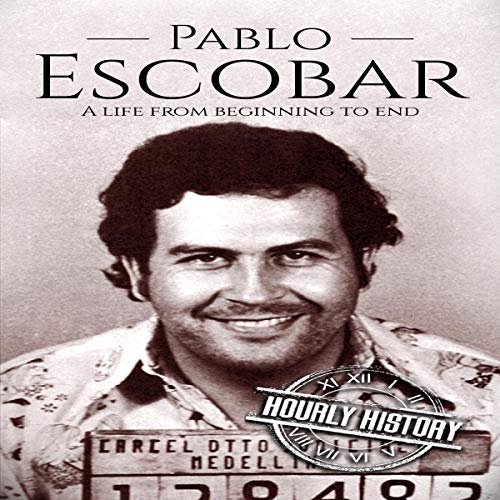 Pablo Escobar: A Life from Beginning to End

An international drug kingpin with a cult following, Pablo Escobar is legendary for his infamy, but he began his life with rather modest roots. Born to a simple farmer, no one ever dreamed Escobar would become the number one drug dealer in the world. He carved out a drug empire in the city of Medellín, Colombia, and the surrounding Aburrá Valley and Andes mountain range.

From this audiobook you will learn about...

As Escobar gained wealth and prestige off of the cocaine trade, he became a kind of populist Robin Hood to the masses. He often used his money for philanthropist purposes such as building parks and soccer stadiums and even helping to pave highways. At first the government was willing to turn a blind eye to his business practices, but once Escobar gained a seat as an official alternate representative in the Colombian Congress everything changed. And by 1993 he was on the run, not just from the Colombian government but also from the CIA, rival drug cartels, paramilitary groups, and the ever-infamous vigilante death squad Los Pepes. Cornered and with nowhere left to run, the man who used to be known to raise the roof would spend his last few moments of life bleeding to death on a rooftop. This is the story of Pablo Escobar.