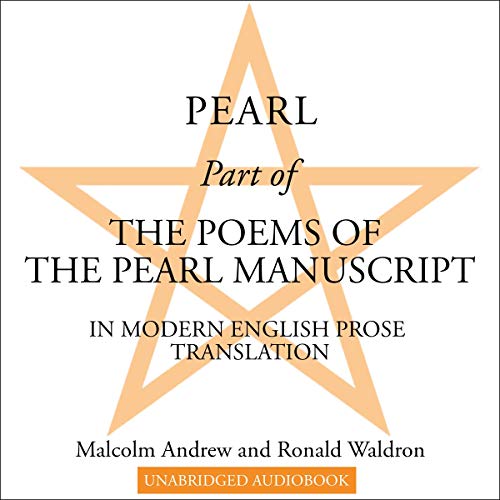 "Lovely pearl, which it pleases a prince to set radiantly in gold so bright. Alas! I lost her in a garden; through the grass to the ground it slipped from me. I languish, grievously wounded by the power of my love for that spotless pearl of mine."

Pearl is the first of the four poems of the Pearl manuscript, a 14th century work contemporaneous with Chaucer, Langland and Gower. It is widely acknowledged as a masterpiece of medieval English literature. In the poem the grief-stricken protagonist describes the loss of a precious pearl in a garden. He falls asleep and in his dream sees a vision of a beautiful Maiden, who through complex imagery is gradually revealed as the pearl, a lost loved one, often interpreted as the Dreamer's young daughter, though never explicitly identified.

The Dreamer questions the Maiden and receives instruction in Christian doctrine and morality with a remarkable degree of dramatic intensity, psychological insight, and human sympathy. The Dreamer awakes with his initial anguish extinguished, resigned, but with a new recognition of the comfort offered by his faith.