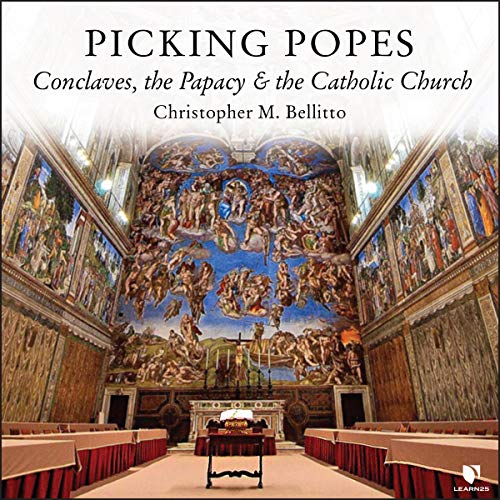 Picking Popes: Conclaves, the Papacy, and the Catholic Church

The election of a pope doesn't happen often, but when it does, the whole world — believers and non-believers — stops to watch. The first question is: What happens now? The answer is surprisingly straightforward: There is a system in place that is followed step by step.

But then the questions tumble one after the other: Why do the cardinals have the exclusive right to pick the popes? How did the "bad" Renaissance Medicis get chosen? What were the longest and shortest conclaves? If everything is supposed to be so secretive, how do we know so much about past conclaves — or is this just rumor and gossip, propaganda and punditry? Can a pope be deposed? Have any resigned or been assassinated? What if a pope becomes incapacitated — who's in charge then?

This concise, three-segment audio series by award-winning Catholic historian Christopher Bellitto is designed to thoughtfully answer your questions. In Picking Popes, Dr. Bellitto reviews the colorful history of picking popes, conclaves, and cardinals. You'll find plenty of anecdotes and analyses from a history professor who works with the media during papal transitions.

You’ll get an inside look at one of the most intriguing tasks of the world's oldest and longest-surviving monarchy — the papacy — which, surprisingly, is led by a man who is voted into power by his peers.

This course is part of the Learn25 collection and includes a free PDF study guide.