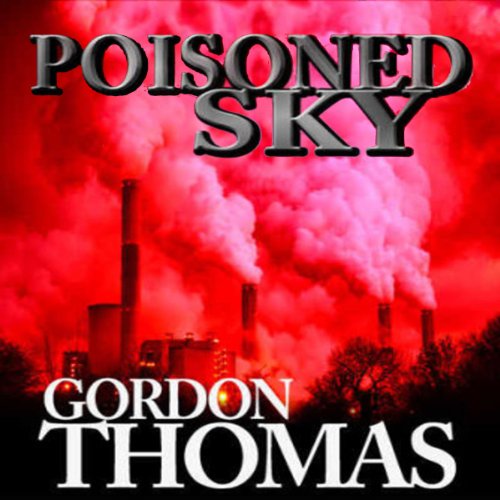 "David Morton is the hero of the most exciting and visible series of international action thrillers since James Bond was granted his licence." (The Sunday Times)

Operative David Morton accompanies the US president on an anti-pollution campaign in an effort to infiltrate and foil an international conspiracy. The world’s getting smaller by the minute. In a remote corner of East Anglia six nuclear trigger mechanisms are stolen from a maximum security bunker. A few hours later the crew of a racing balloon are rescued from the North Sea.

In Moscow, a former Soviet research scientist is seen leaving a mortuary in the dead of night. At the time of his disappearance, Sergei Mikhailovich Bodor was rumored to have been investigating the effect of the ozone layer’s destruction on the development of military hardware until the collapse of communism made his work obsolete.

In Washington, the President of the United States unveils his vision of a worldwide environmental program, Operation Earth Saver, having finally won over the support of most of the major western leaders. To educate the developing nations of its merits, he is preparing to use the futuristic presidential airliner, Air Force One, as the traveling venue for the unique global conference tour.

In the world headquarters of the multi-portfolio industrial conglomerate Meridian International, its own president Ignatius Bailey believes in a very different kind of survival…Poisoned Sky portrays a world almost too close to our own, shrunk by the most sophisticated of intelligence networks and ravaged by the industrial pollution, but a world in which individuals still have the power to change its future.

Published in 1996, Gordon Thomas’ ecological thriller, Poisoned Sky, proves itself stunningly prescient of historical events that would unfold in the very near future. The story of secret operative David Morton, on a quest to infiltrate a global conspiracy with dire designs for Earth’s environment, Poisoned Sky accurately predicts the ubiquity of the Internet, the omniscience of global intelligence networks, the reemergence of deadly chemical weapons, and the global repercussions of a vast and covert campaign against terrorism. Like any good intelligence agent, actor Gary Dikeos (Dead End Falls) is precise and alert. Dikeos’ straightforward, fluid performance at turns betrays curiosity, anxiety, and foreboding, suggesting that this performer - much like his audiences - is glued to the edge of his seat with rapt anticipation.