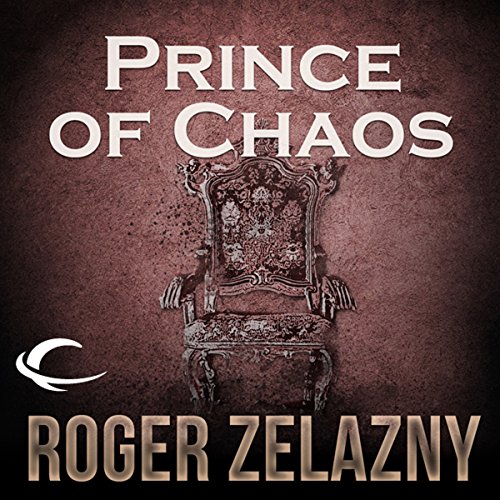 Prince of Chaos is the tenth and final installment of The Chronicles of Amber; an epic fantasy series written by six-time Hugo Award winning and three-time Nebula Award winning author, Roger Zelazny.

The ten books that make up the series are told in two story arcs: The Corwin Cycle and the Merlin Cycle.

Narrator Wil Wheaton, who won the 2012 Audie Award for his engaging performance of Fuzzy Nation, brings this classic series to a stunning close by giving voice to Merlin, Corwin’s son, in the final five books of the series.

Treacheries, trickeries, assassination attempts and bloody family intrigues have finally maneuvered Merlin, aka Merle Corey, into the Courts of Chaos. Thanks to a series of conventionally fatal "accidents" engineered by his mother Dara and uncle Mandor, Merlin third in line to occupy the throne.

Merlin's journey to the ultimate rule will not be easy, for dark enchantments still await him. There is murderous discord between Amber and Chaos to be silenced. And a captive royal father, long believed dead, must first be freed from a villain's magic before a beleaguered Prince can deem his triumph complete.