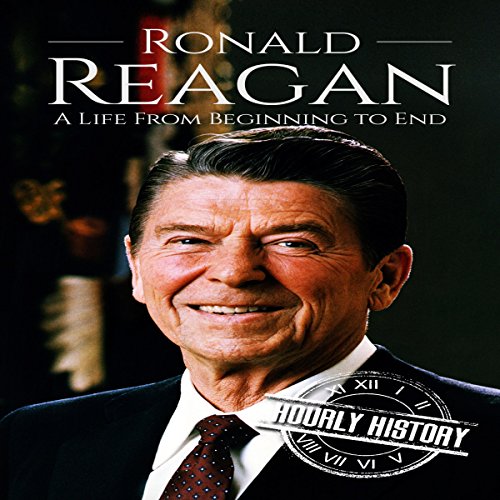 Ronald Reagan: A Life from Beginning to End

On January 20, 1981, Ronald Reagan was inaugurated as the 40th president of the United States. That same day, the Americans who had been held hostage in Iran were released. For many Americans, the juxtaposition of those events was no coincidence. Ronald Reagan was the president they elected to restore their country’s sagging influence in the world and disappointing image at home. He was a president who believed in a United States that was truly, as he said in his farewell address, "a shining city." He believed in the myth of American greatness, and for a nation that was still numb from Watergate, immersed in economic stagnation, and humiliated by international events, he made it believable.

Inside you will read about....

Ronald Reagan would remain the man who beat the Russians and ended the Cold War, changing the composition of the globe with his conservative politics and his passionate idealism. Even through Reagan’s political trials, the Iran-Contra hearings, the mixed results of his economic policies known as Reaganomics, and the military build-up that swelled the national debt, the nation saw him as the man who restored the country to its rightful place as a leader among nations.