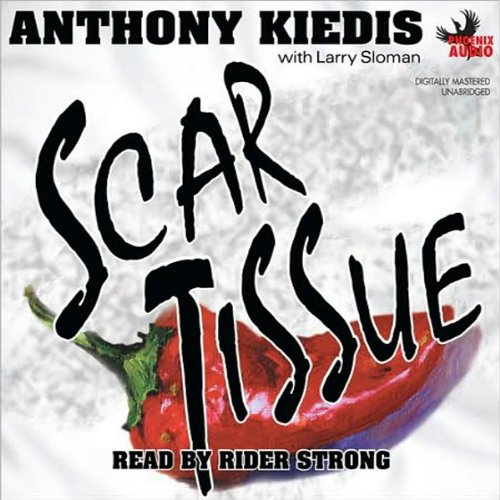 As lead singer and songwriter for the Red Hot Chili Peppers, Anthony Kiedis has lived life on the razor's edge. Much has been written about him, but until now we've only had his songs as clues to his experience from the inside. In Scar Tissue, Kiedis proves himself to be as compelling a memoirist as he is a lyricist, giving us a searingly honest account of the life from which his music has evolved.

The Red Hot Chili Peppers are that rare breed of rock band: critically lauded and popularly embraced by millions of fans, their albums consistently sell into the stratosphere - their CD Californication sold over 13 million copies alone.

Now, in Scar Tissue, Anthony Kiedis defies the rock star clichés. In his telling, we can see everything he has done has been part of a passionate journey. Kiedis is a man "in love with everything" - the darkness, the death, the disease. Even his descent into drug addiction was a part of that journey; another element that he has transformed into art. Scar Tissue is a fascinating account of a fast-lane life, addiction, and a moving story of eventual recovery and redemption.