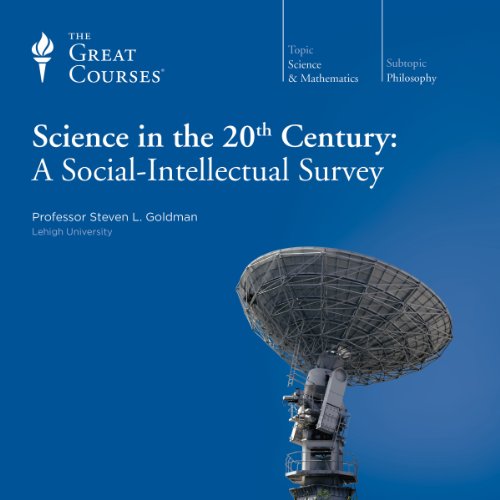 Science in the Twentieth Century: A Social-Intellectual Survey

As the 19th century drew to a close, the age-old quest to understand the physical world appeared to be complete, except for a few minor details. In fact, Albert Michelson, the first American to win a Nobel Prize in the sciences, noted that, "It seems probable that most of the grand underlying principles have been firmly established." And he was far from alone among his peers. Scientists in 1900 had no inkling of the other mind-boggling developments that lay in wait: plate tectonics, genetic engineering, space probes, nanotechnology, big bang theory, electronic computers, nuclear weapons, artificial intelligence, and many other astounding products of the human mind. Indeed, by the end of the 20th century, nearly every 19th-century theory of natural and social phenomena would be overthrown or superseded.

This dynamic transformation has not been a matter of revolution, but of evolution, as you'll learn in this fascinating 36-lecture exploration of scientific growth filled with ideas, anecdotes, and insights. You'll see how 20th-century scientists have built on crucial 19th-century concepts such as energy, natural selection, atoms, fields, and waves to assemble a body of knowledge to stun even the most farsighted scientific thinkers of that not-too-distant past.

You'll come away with a new appreciation of how scientific knowledge expands, as Professor Goldman addresses a tremendous range of scientific and technological topics, including science and society, physics, mathematics, psychology, cosmology, telecommunications, meteorology, and archaeology.

PLEASE NOTE: When you purchase this title, the accompanying reference material will be available in your Library section along with the audio.