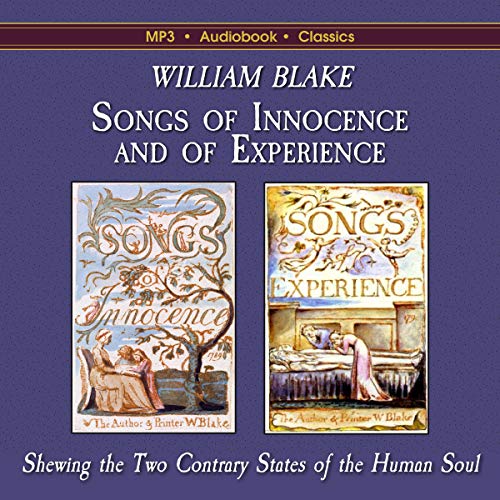 Songs of Innocence and of Experience

The categories of innocence and experience are states of mind and ways of seeing that roughly correspond to the classical model of “paradise” and “fall”, as in Milton’s Paradise Lost and Paradise Regained. Blake helped formulate the then contemporary Romantic notion of childhood as a state of innocence, without fear, inhibition, or corruption; and adulthood as a contrary and fallen state of original sin prey to oppression, corruption, and power.

The opposition is reinforced by poems with like titles and contrasting themes in each part. The poems are short, simple, and acutely sensitive to both joys of life and the harsh realities of class and poverty in the emerging Industrial Revolution.