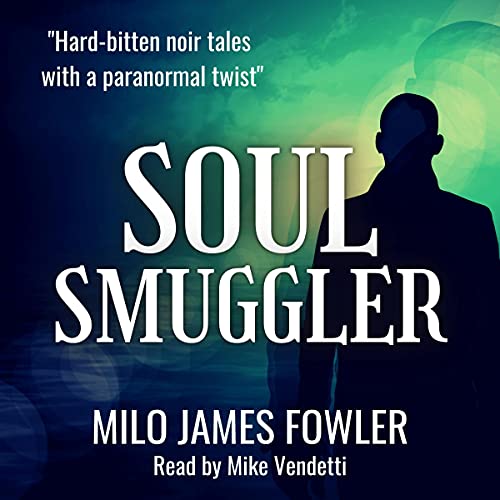 Who is Mercer? Coyote. Soul Smuggler.

A body-hopping, phantasmal anti-hero. A disenfranchised spirit doomed to inherit the earth, cursed by both heaven and hell.

An enemy of god, but no friend of the devil.

"The Coyote" - In the future, Mercer's services are requested by a powerful man seeking to keep his stepdaughter quiet about certain indiscretions.

"The Second Option" - Father Thomas, assassin from the clandestine Terra Sacra order, sets out to destroy Mercer once and for all.

"Abomination of Desolation" - A boy with horrifying powers is at the top of the church's extermination list, replacing Mercer for the time being. Father Thomas makes Mercer a deal he can't refuse if he helps rid the earth of the young abomination.

"The Coyote's Word" - When Mercer says he'll take a soul across the border, he's true to his word. But navigating the afterlife is no easy feat, even for the Soul Smuggler.

"Back for Blood" - A ravenous monster is on the loose in the city, and a young nun seeks out Mercer's help. It may take a monster to get rid of a monster, but Mercer has never dealt with anything like this before.

"A Coyote's Revenge" - Armageddon is coming, and the devil wants his due: those suicidal souls Mercer has been escorting to the Pearly Gates.

"Mercer's Ghost" - In this weird western, a young man on the frontier in search of fame and fortune instead finds himself swindled and left destitute. But help arrives in the form of a phantasmal, body-hopping gunslinger who seems to have ulterior motives.

"Coyote for Breakfast" - In this post-apocalyptic tale, a young girl grieving after a recent loss seeks out Mercer's help, but both she and the soul smuggler get more than they bargained for.