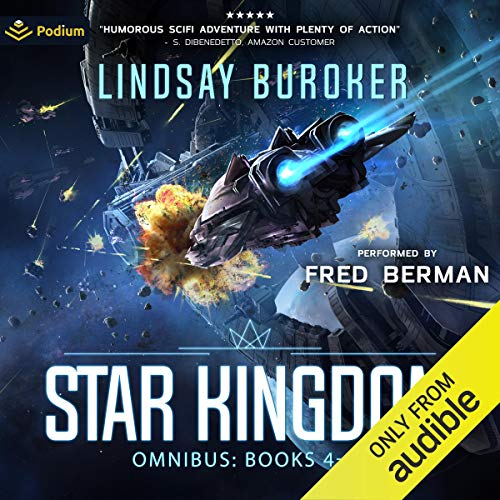 For the first time in his life, roboticist Casmir Dabrowski is headed to another star system as an advisor for the Kingdom space fleet. He’s being given a chance to prove himself to King Jager by helping find the ancient artifact he inadvertently lost. It’s best not to think about what might happen if he fails....

But with technologically advanced astroshamans after the artifact, not to mention the deadly mercenary captain Tenebris Rache, it’s not long before the mission collides with disaster.

Soon, Casmir and his friends are caught between warring factions, and he must choose between what the king would want and what he knows is right.

She’s stolen the ancient wormhole gate the king ordered Casmir to retrieve, and she’s entrenched in an underwater base on a forsaken moon. Moonrazor is more educated and more experienced than Casmir, and she has legions of killer robots and cyborg defenders on her side. Casmir has his friends and...a submarine named the Waddler.

As if his task wasn’t daunting enough, his old competitor, mercenary Captain Tenebris Rache, is on the same quest, and he’ll do anything to keep the Kingdom from getting that gate.

If Casmir can’t find a way to defeat them, the king will never let him return to his home, his family, and the career he loves.