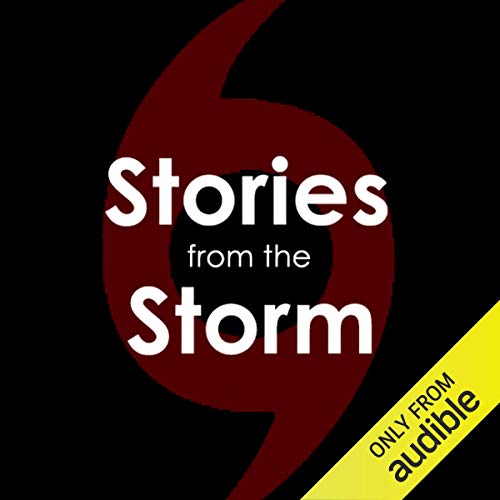 In the weeks after Hurricane Katrina struck the Gulf Coast on August 29, 2005, Audible reached out to customers in the affected area to offer help. Many customers responded and several agreed to be interviewed about their experience. Stories from the Storm was recorded in mid-November, in the days when many people were still clearing debris and figuring out how to restart their lives. From a 17-year-old who stayed in an east New Orleans hospital to a casino executive huddled in his closet just a couple of blocks from the beach in Biloxi, these riveting stories will remind listeners of the heartbreak, confusion, and perseverance of Katrina's survivors.

Audible.com performed a surprising feat after Hurricane Katrina. They took the headphones off several Gulf-based customers and replaced them with microphones. The result is a cross-section of stories that provide the details missing from the major news accounts. A woman huddling with her horse, a partying teenager who suddenly finds herself transporting dead bodies‚ each story has its own aspects of horror and surrealism. Listeners will find these everyday tales compelling because these people are so much like us. Cleverly executed‚ the production has no connecting narration, no interviewer’s voice. Let’s hope this project popularizes the concept of the documentary audiobook.