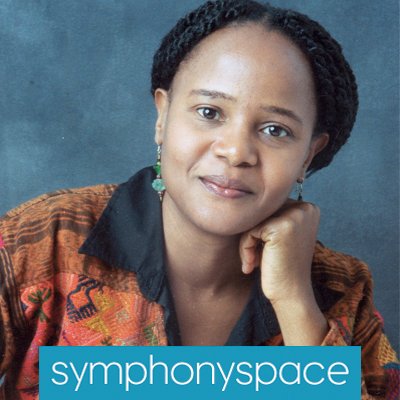 Edwidge Danticat discusses her deeply personal new memoir, a National Book Award finalist for 2007, with her friend, director Jonathan Demme (The Silence of the Lambs).

Danticat, the acclaimed author of fiction, including Krik? Krak! and The Dew Breaker, wrote Brother, I'm Dying after a period of upheaval in her life, having lost her father and her uncle and given birth to her first child. She focuses her family story around her father and his brother Joseph, who took care of her in Haiti until she joined her parents in Brooklyn at age 12. It concludes with a well-researched account of Joseph Danticat's tragic death in the custody of U.S. immigration officials in 2004. The New York Times called Brother, I'm Dying "a memoir whose clear-eyed prose and unflinching adherence to the facts conceal an astringent undercurrent of melancholy, a mixture of homesickness and homelessness".

This special event was recorded live as part of the Thalia Book Club series at Peter Norton Symphony Space in New York City.

In this funny and moving evening recorded live at Symphony Space in New York City, Haitian-American author Edwidge Danticat discusses her memoir Brother, I'm Dying with her friend the director Jonathan Demme. Danticat reads from what she calls her "memoir-with-folktales," and then she and Demme share an engaging discussion about the book's subject matter, including Danticat's uncle's death in U.S. immigration detention. Along the way the pair discuss politics, the Haitian-American experience, the spare style of the book, and the idea of empathy as the basis for action.