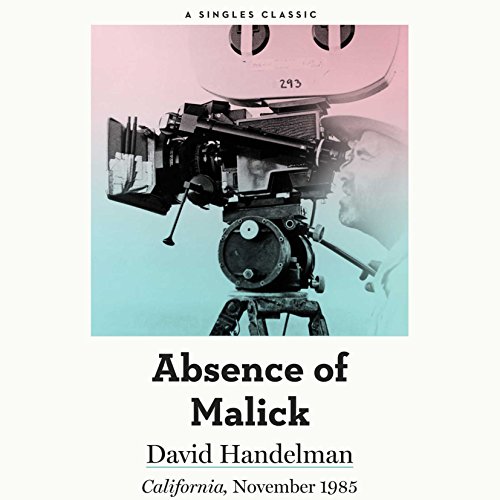 The Absence of Malick

Out of touch with people for years, Terrance Malick still inspires a dome of silence that is Mafia-loyal, as if investigating his whereabouts might shatter some fragile, cherished objet d'art. Adams, Sheen, Medavoy and Brackman are among the only Malick associates who will consent to discuss him. More common is the reaction of producer Bert Schneider: "Malick's a great man and a great director. I'm sorry he isn't making films. That's all I have to say."

After a brief yet exalted career that resulted in the acclaimed films Badlands and Days of Heaven, director Terrence Malick shunned the public eye and, seemingly, his talents. In The Absence of Malick, David Handelman renders the scope and mystery of Malick's disappearance and, against all odds, finds him on the other end of a phone call.

The Absence of Malick was originally published in California Magazine, November, 1985.