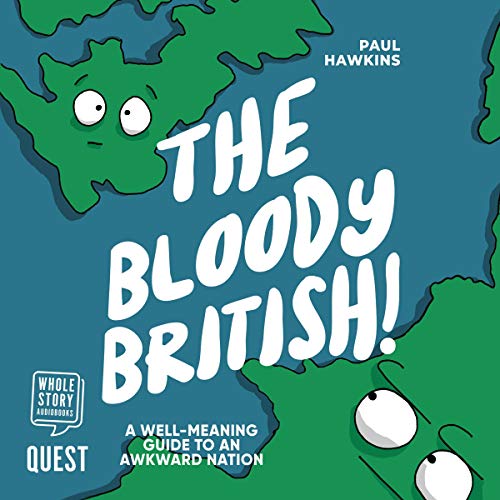 Are you ready to meet the bloody British? For fans of Very British Problems, Douglas Adams and Bill Bryson, it’s the perfect gift for the socially awkward oddball in your life.

Being British isn’t easy. Especially if you live abroad, where your countrymen aren’t exactly famous for, well, blending in. As his beloved homeland goes Brexit bananas, best-selling humourist Paul Hawkins takes on Britishness - how it looks from the outside, how to be British abroad and what you only learn about home once you leave it.

In this self-deprecating audiobook, he reveals the awkward secrets, cultural blind-spots and private oddness of the people with whom he once shared an island. Part memoir, part cheat-sheet for decoding a nation of well-meaning misfits, The Bloody British is full of hilarious insights about Britishness gleaned (often begrudgingly) from the author’s own time as another country’s foreigner. What does Europe think of us?