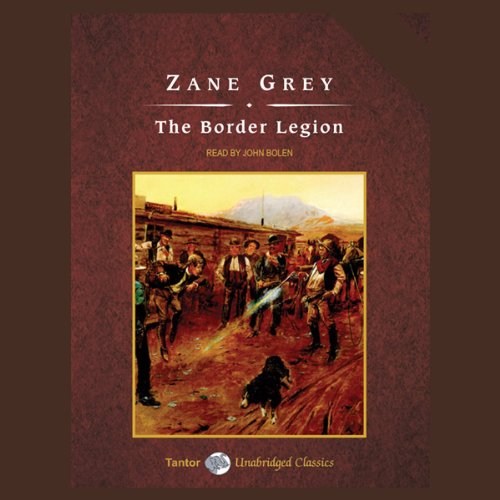 Jim Cleve has been deemed "a good guy" all of his life and it agitates him to no end. Even his girlfriend, Joan Randle, has scorned him for this "weakness," shouting, "You haven't it in you even to be BAD!" Dejected and hurt, Jim abandons the life he has known for the gold mining camps along Alder Gulch in southern Montana. It is here, among the thieves and murderers, that he must make a new name for himself.

Meanwhile, Joan realizes the danger that she has put Jim in and rushes off to save him. However, when she stumbles across the ruthless desperado gang leader, Jack Kells, it is soon Joan who is in need of rescue. When Kells tries to rape her, Joan grabs his gun and shoots him. But something keeps Joan from leaving him to die. In the face of Joan's loving spirit, Kells experiences his own change of heart. But it is too late. Kells' outlaw gang arrives and keeps Joan hostage.

So begins the border legion adventures of roving bandits, lust and greed. With Jim's search for a new identity, Jack's moral dilemma and the fight for Joan's freedom, this thrilling story portrays the epic theme of man's continual struggle between good and evil.