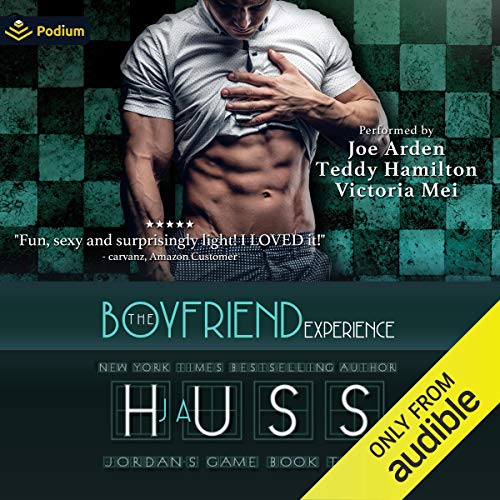 Oaklee Ryan needs a boyfriend, but not for any of the reasons you might think. It’s a simple request. But the girl...well, she’s not so simple.

Oaklee Ryan is a pragmatist. She lives in reality, she deals with facts, and she’s goal-oriented. So when she paid a visit to Jordan Wells asking for a game, calling it, “The Boyfriend Experience”, he thought he knew what she was getting at.

Wining, dining, maybe a date to a wedding to appease her meddling mother....

No. That’s not quite what Oaklee had in mind.

Lawton Gabriel took this game as a favor to his friend. It only took him five minutes to regret it. Oaklee Ryan is insane. She’s loud, she’s demanding, and she’s dead set on getting her way.

If she thinks he’s going to turn into her version of a boyfriend...just. No. He’ll do anything it takes to get out of this crazy contract!

Includes a special bonus note read by the author.