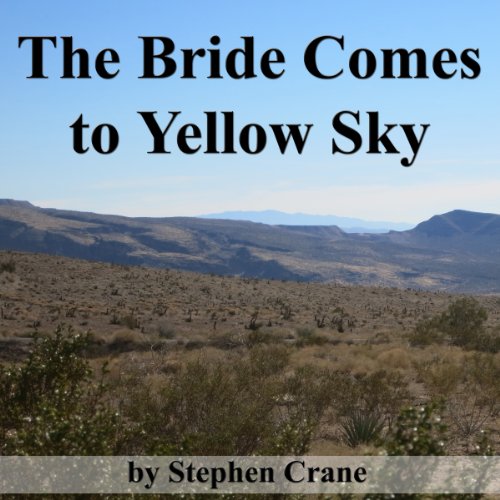 The Bride Comes to Yellow Sky

Stephen Crane is best known as the author of The Red Badge of Courage, but he also wrote a number of powerful short stories. Crane's writing style is noted for his use of a method that has come to be known as "naturalism", in which characters face very realistic and often bleak circumstances. This excellent and very humorous story is an exception to his usual rather somber stories.
Public Domain (P)1986 Jimcin Recordings
Antologías y relatos breves Clásica Drama y teatro Literatura y ficción
Más Menos

Stephen Crane, author of The Red Badge of Courage, wrote this short story, "The Bride Comes to Yellow Sky", just shortly before his death at 28. Sheriff Jack Potter returns to Yellow Sky, Texas, to show off his new bride, but Potter's nemesis has other plans for the big return. Walter Zimmerman gives a serious and enchanting performance. He animates this American Naturalist story with pregnant pauses and lyrical descriptions. He also brings to life Potter's deep Texan accent and the bride's demure, Southern drawl. Overall, Zimmerman's voice invigorates one of Crane's best-known short stories.