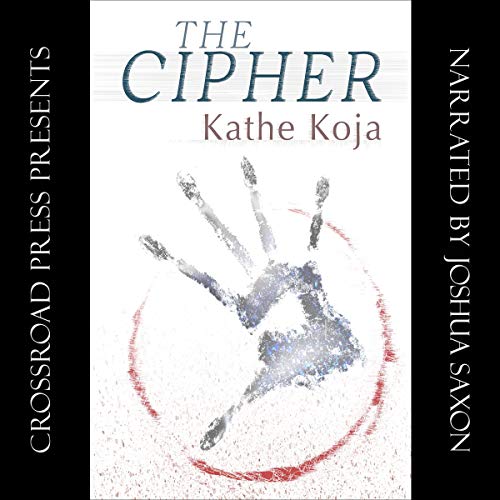 Nicholas, a would-be poet, and Nakota, his feral lover, discover a strange hole in the storage room floor down the hall - "Black. Pure black and the sense of pulsation, especially when you look at it too closely, the sense of something not living but alive." It begins with curiosity, a joke - the Funhole down the hall. But then the experiments begin. "Wouldn't it be wild to go down there?" says Nakota. Nicholas says "We're not." But they're not in control, not from the first moment, as those experiments lead to obsession, violence, and a very final transformation for everyone who gets too close to the Funhole.

THE CIPHER was the winner of the 1991 Bram Stoker Award, and was recently named one of io9.com's Top 10 Debut Science Fiction Novels That Took the World by Storm. Long out-of-print and much sought-after, it is finally available as an audiobook, with a new foreword by the author.

"An ethereal rollercoaster ride from start to finish." (The Detroit Free Press)

"This powerful first novel is as thought-provoking as it is horrifying." (Publishers Weekly)