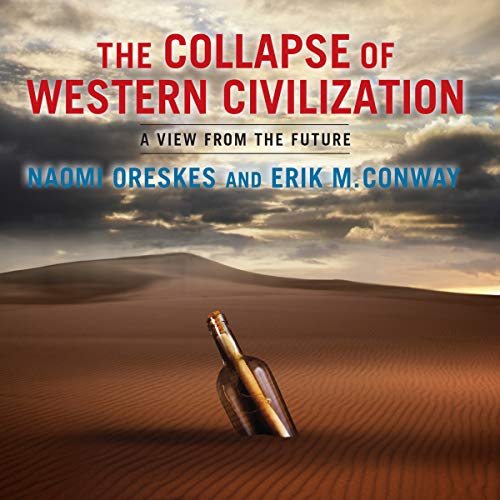 The Collapse of Western Civilization

The year is 2393, and the world is almost unrecognizable. Clear warnings of climate catastrophe went ignored for decades, leading to soaring temperatures, rising sea levels, widespread drought, and - finally - the disaster now known as the Great Collapse of 2093, when the disintegration of the West Antarctic Ice Sheet led to mass migration and a complete reshuffling of the global order.

Writing from the Second People's Republic of China on the 300th anniversary of the Great Collapse, a senior scholar presents a gripping and deeply disturbing account of how the children of the Enlightenment - the political and economic elites of the so-called advanced industrial societies - failed to act, bringing about the collapse of Western civilization.

Dramatizing science in ways traditional nonfiction cannot, The Collapse of Western Civilization reasserts the importance of scientists and the work they do, providing a welcome moment of clarity amid the cacophony of climate-change literature.