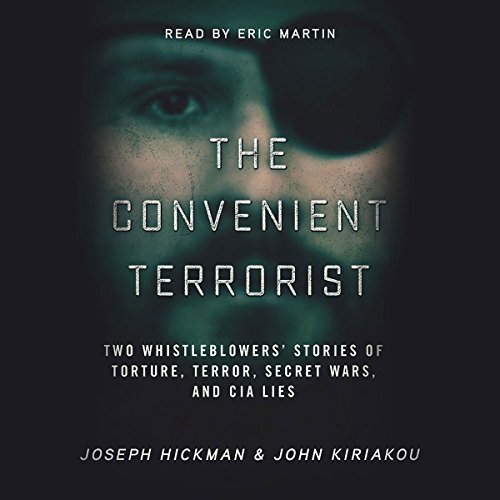 A startling spotlight on the darkest corners of America’s “War on Terror”, where nothing is quite what it seems.

The Convenient Terrorist is the definitive inside account of the capture, torture, and detention of Abu Zubaydah, the first “high-value target” captured by the CIA after 9/11. But was Abu Zubaydah, who is still being indefinitely held by the United States under shadowy circumstances, the blue-ribbon capture that the Bush White House claimed he was?

Authors John Kiriakou, who led the capture of Zubaydah, and Joseph Hickman, who took custody of him at Guantanamo, draw a far more complex and intriguing portrait of the al-Qaeda “mastermind” who became a symbol of torture and the “dark side” of US security. From a onetime American collaborator to a poster boy for waterboarding, Abu Zubaydah became a “convenient terrorist” - a way for US authorities to sell their “War on Terror” to the American people.