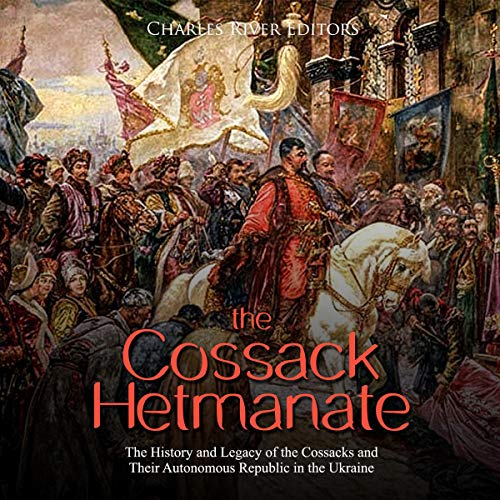 The Cossack Hetmanate: The History and Legacy of the Cossacks and Their Autonomous Republic in the Ukraine

“Had I just 10,000 Cossacks, I would have conquered the whole world.” (Napoleon Bonaparte)

The history of Ukraine is a fascinating story of how cultures, political systems, religions, and power have met, intersected, morphed, and expanded. The region was relatively sparsely populated for much of ancient history, a wilderness of rivers, forests, and steppes, but that does not detract from the rich historical development of the region. A huge area, Ukraine is wedged between the continents of Asia and Europe, and its position as a crossroads ensured there was fierce competition for influence there. Historians have called the formation of Ukraine the “establishment of a unity among three zones...the ports of Crimea and the coast, the rich steppe heartland, and the forests”, based around the themes of “geography, ecology and culture”.

Today’s Ukraine is a huge country, incorporating an area over 600,000 square kilometers and home to 42 million people. It stretches from the Crimean Peninsula on the Black Sea in the south to Belarus in the north, Russia to the east, and Poland, Slovakia, and Hungary to the west. The Dnieper River is the region’s key waterway, running into the Black Sea, while the Danube Delta also forms its border with modern-day Romania to the southwest. A steppe exists in the middle of the country while the Carpathian Mountains feature in the west. This geographical formation has influenced some of the country’s key historical developments, as well as the location of its major settlements. Kiev (known today as Kyiv) is, of course, the longstanding capital of the country, located on the Dnieper River in the central northern part of modern Ukraine. Lviv is another large city, located in the northwest near the border with Poland. Odessa is a seaside city on the Black Sea in Ukraine’s southwest, while Kharkiv, Luhansk, and Donetsk are major cities in the country’s east, close to the Russian border.

After various cultures helped develop the region, the legendary Cossacks arrived during the early modern period and dominated the region for several centuries, forming an independent republic that helped forge Ukrainian identity to this day. The modern myth of the Cossack presents striking images of a stern warrior mounted on horseback, with a long woolen coat, papakha (distinctive tall fur cap ) and fur-lined cloak, with bandoliers holding large-caliber bullets crisscrossing his chest. The warrior is armed with a mixture of rifle, lance, daggers and pistols, but he always has his signature weapons: The shashka (a single-edged, guard-less, slightly curved saber originally designed by the Circassian foes) and the nagyka (short, thick whip of braided leather with a heavy weight worked into the end originally designed for fighting off wolves but more commonly used in later years against enemies of the state in the streets of Moscow or Odessa). As enemies conjured up the Cossack as semi-tamed steppe barbarian, a dog of the state, and the fist of the Czar, it’s no surprise they were terrified.

Even as the origins of these ferocious fighters remain murky and obscure, the Cossacks have continued their growing international appearance with the outbreak of the Russian-Ukrainian conflict in 2014. The conflict over the Crimea and the southeastern Donbass region has had thoroughly Cossack overtones; on the one hand, the Ukrainian Nationalists view themselves as the descendants of the freedom minded Cossack Republics and on the other hand, Russia has leaned heavily upon Cossack "volunteers" to staff its informal militias in the Donbass and to seize and police Crimea ."

Lo que los oyentes dicen sobre The Cossack Hetmanate: The History and Legacy of the Cossacks and Their Autonomous Republic in the Ukraine