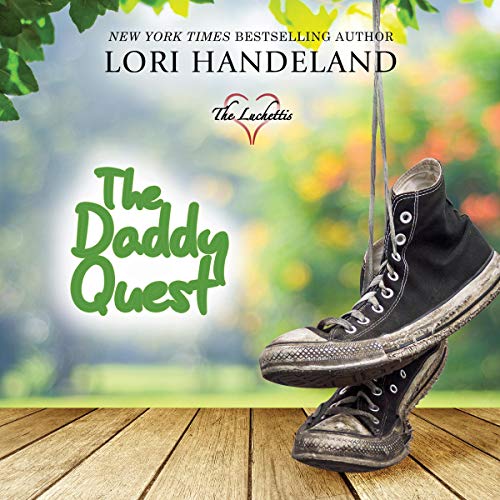 After discovering that the father she'd been told was dead is, in fact, alive, 13-year-old Rayne Houston runs away. She takes along her new friend, the Timinator, aka Tim, a young boy she found hiding behind a garbage can in her hometown of Las Vegas. Tim needs a daddy, too, so the two of them hop a bus to Illinois and begin The Daddy Quest.

Nicole Houston is frantic when she discovers her daughter is gone. Her lies are coming back to haunt her, but when she told them, she believed she was doing the right thing for everyone.

Nicole lived a life no child ever should. Dumped as a baby, unwanted and unloved, she ended up in Vegas, working as a stripper. Then one night of love with a man bound for the priesthood set her on a new path...as a mother.

Aaron Luchetti never became a priest. Instead, he has been working on the family dairy farm and trying to forget his past and his failures. But he never got over his time in Las Vegas; he never got over Nicole. When he discovers he has a daughter, he is both thrilled and horrified.