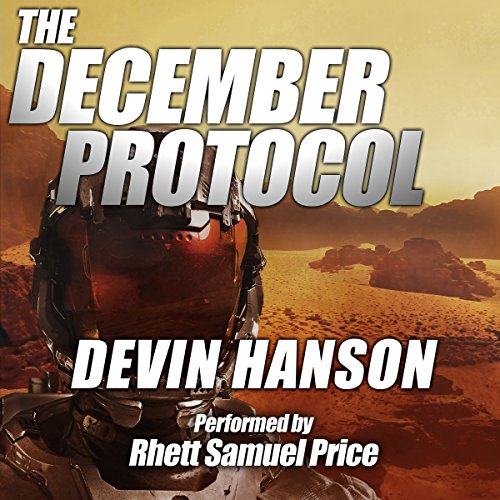 Throughout the entirety of history, humanity has fought against sickness, old age, frailty, even death itself hoping for eternal life. Countless legends and stories share the same hunt: extend our lifetimes beyond the impossibly brief moment we have. Hanson imagines life beyond those legends and stories - a solar system where humanity has discovered the secret to immortal life, at an extreme cost. What horrors await a society that rests an economy on the most scarce resource man has ever known - eternal life?

Join The December Protocol in following three characters uniquely affected by the most amazing technological change humanity has ever experienced. Min, an ageless Earth-born marshal older than the very Martian colonies he fights to enforce a brittle and bleak law upon. Angeline, a young girl terrified by the social and scientific necessities prompted by the promise of eternal life. Marcus, a man brought to his knees by that emperor of all maladies, cancer, willing to pay the ultimate price for perfect health through immortality.

The December Protocol rockets the listener into the late 24th century and raises thrilling questions about how far mankind would go to preserve the most precious gift we've ever received: immortality.