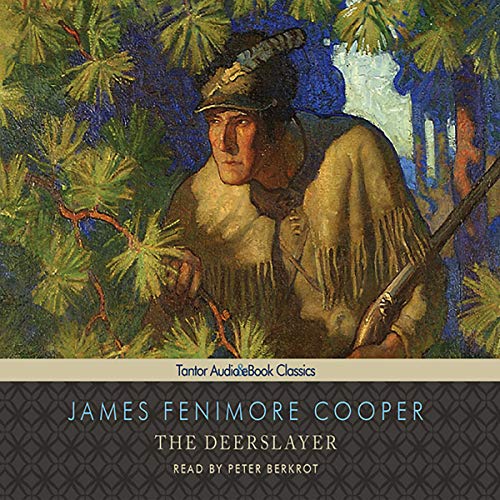 Natty Bumppo , one of the greatest heroes in American literature, is the rugged frontiersman of James Fenimore Cooper's Leatherstocking Tales, a series of five novels that includes The Last of the Mohicans and The Deerslayer. Although it was the final volume to be written, The Deerslayer is the first in the chronology of Natty Bumppo’s life, depicting the character as a young man testing himself in the wilderness and against enemies for the first time.

Set in the 1740s just after the start of the French and Indian wars, the novel opens as Natty Bumppo---known as Deerslayer---and his friend Hurry Harry travel to Tom Hutter's house in upstate New York. Hurry plans to marry Tom's beautiful daughter Judith, while Deerslayer has come to help his close friend Chingachgook save his bride-to-be, Wah-ta-Wah, from the Huron Indians. When war breaks out and Hurry and Tom are captured by Indians, Deerslayer must go on his first warpath to rescue them. One of the earliest novels to be considered truly "American," The Deerslayer is a masterpiece of suspense, adventure, and romance.