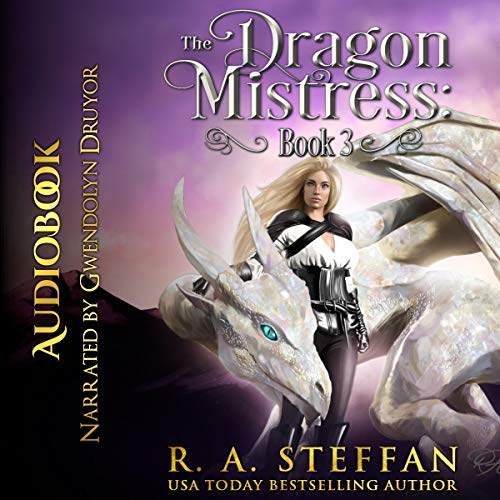 Our secret is out, and now we’re marked for death.

A lone survivor escaped the mountain battle, carrying news of our dragons’ existence to the court of Prince Oblisii.

Utrea’s dragons were supposed to have been wiped out long ago. Only these five remain - a male and four females. They’re all that’s left to carry on the species, but first we have to keep them alive.

The prince will come soon with his army, and I’m stuck on a mountaintop with my four knights in tarnished armor. Sometimes, I think these men will be the death of me long before the royal soldiers arrive. Other times, I think they may be my only salvation.

Before the five of us can flee Utrea for safer shores, I’ll have to form a soul-bond with the male dragon. Until then, he’s little more than a wild animal, dangerous, and unpredictable. And without the male, we’re lost, since the future of dragonkind rests on his shimmering white wings.

Yet the idea of the soul-bond fills me with terror. If I bind myself to him, his death would mean my death, just as my death would mean his. Already, the men I love are binding the female dragons one by one, tying their souls irrevocably together. With the others already bound, everything depends on me.

But danger lurks whether I accept that dragon-bond or not. I was already a wanted woman, after I spurned Prince Oblisii and escaped from his harem of concubines. Not only that, but I also fled straight into the arms of a group led by Oblisii’s disgraced older brother - Rathanii, the man who should have been Utrea’s king.

If Prince Oblisii gets hold of me again, death will be the least of my worries.

And the gods only know what the others might do to try and get me back.

A special note for fantasy listeners: Herein, you will find explicit love scenes in several interesting and unconventional permutations, including between men. If your gut reaction to that is “Eww” or even “Meh,” you probably won't enjoy this series.