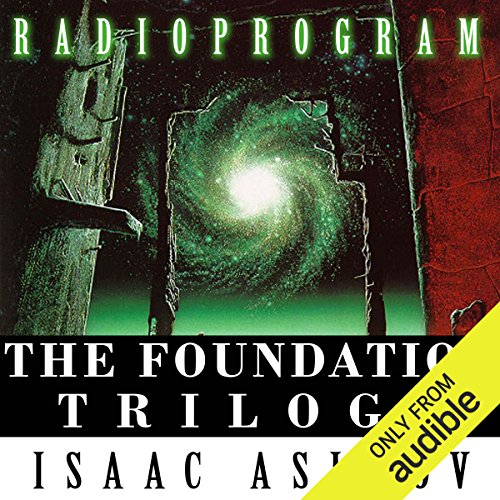 The opening episode begins on Trantor, capital of the Galactic Empire, with the meeting of Seldon and Dornick, their trial, and their exile to Terminus. The action then jumps forward 50 years, to the first Seldon Crisis, where the repercussions of the recent independence of the Four Kingdoms of the Periphery are being felt on Terminus, and are handled by the first Mayor, Salvor Hardin. The scene then moves forward a further 20 years, as Mayor Hardin faces down the domination of the nearby and most powerful Kingdom, Anacreon.

The General
Two hundred years after its creation, the Foundation battles Bel Riose, the last powerful General of the dying Galactic Empire.

The Mule
A further hundred years have passed, and the Foundation is challenged by an unexpected threat named The Mule.

Flight from the Mule
During the war against The Mule, with things going badly for the Foundation, some key figures under the leadership of the Foundation's greatest scientist, Ebling Mis, flee Terminus in search of the Second Foundation, to warn it of the danger from The Mule.

The Mule Finds
The Mule attempts to find and overthrow the Second Foundation.

Star's End
Sixty years later, and a teenage girl is at the center of the Foundation's renewed search for the Second Foundation.

Changes from the written Trilogy: The conflict between The Foundation and Anacreon takes place 70 years into the Foundation era; in the novels it occurs at 80 F.E. A small segment in Foundation titled "Traders" has been removed entirely. General editing for time has been done throughout. A large, rather comedic section on farming on Rossem has been added to "The Mule Finds".

Please note: This is an historical broadcast recording, produced by the BBC in 1973. The audio quality represents the technology of the time when it was produced.
©2011 ABN (P)2011 ABN
Ciencia ficción Fantasía
Más Menos