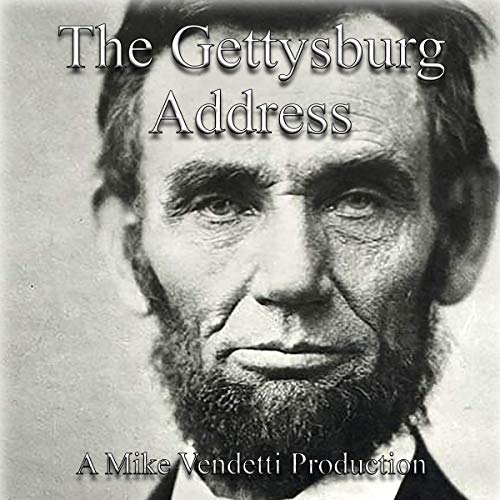 Award-winning narrator Mike Vendetti recites Abraham Lincoln's Gettysburg address. In the background, you will hear the Army chorus as it performs the battle hymn of the Republic.

Lincoln's carefully crafted address came to be seen as one of the greatest and most influential statements of American national purpose. In just 271 words, beginning with the now-iconic phrase "Four score and seven years ago", referring to the signing of the Declaration of Independence 87 years earlier, Lincoln described the US as a nation "conceived in Liberty, and dedicated to the proposition that all men are created equal", and represented the Civil War as a test that would determine whether such a nation, the Union sundered by the secession crisis, could endure.